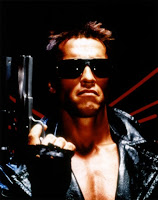 Jpedia is back in full force!..and that is the truth. also, JP loves leather...and sun glasses...and work out gloves...
Posted by JPG at 9:40 AM 2 comments: 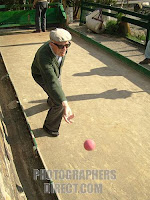 Over a year ago this now almost defunct blog dedicated its words the the forgotten histories of forgotten men, woman and inanimate objects. Today we celebrate a year with another story about our first post, Bocce! And what better way to ring in the spring with the consummate gentleman's sport of the vernal equinox.

This time we travel to Montorosso in the Cinque Terre area of Italy. In 1953 an epic match of Bocce took place along the shore of the tiny, but strategically important fishing village. Two grizzled, but kindly, older fisherman - Giacomo Porti and Paulo Dandolo had been rivals since their early twenties. There acumen for fishing had never faltered and the men, although in their early sixties now, had come to the end of their fishing careers. Ever competitive, the two men decided on a friendly game of Bocce. The games were best of 3. This soon turned into best of 5 and so on and so forth. The reason for this unreasonable end was the wager. The men had bet that the winner would be crowned the greatest fisherman in Montorosso's history and the deed to their respective boats.

Day and night for two weeks the men carried on a marathon match, only stopping for bathroom breaks and wine. On the last evening of the fortnight, Dandolo could take no more. We simply ran out of steam. As he folded in defeat, Porti threw up his hands and a great shiver over came him. He dropped to the ground clenching his heart and asking if anyone else could taste iron in their mouth's?

Dandolo stood their shocked and saddened by this unfortunate event. He decided that he would still give the title of greatest fisherman to Porti, but continued to claim he was the greatest living fisherman in Montorosso.
Posted by JPG at 11:41 AM 2 comments:

A Historical Note on the Sporting Life of Rush Limbaugh 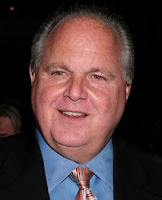 "To a man that sticks to his ideals, the world is his."
-Neville Chamberlain

Very recently, Rush Limbaugh, "conservative" radio host and alleged "hate mongerer," has been rumored to be in a bid for a part-ownership of the St. Louis Rams American football team. This is not the first in Limbaugh's runnings with the world of professional sports. Limbaugh, a graduate of the Columbia Journalism School, and Rhodes Scholar, continued his studies at Oxford where he wrote his dissertation of the pragmatics of newspapers following the Watergate scandal and its impact on the public sphere. Here he dissected "nut" graphs and the logic of language included. After careful studies of numerous newspapers in the United Kingdom, Limbaugh would escape his studies and read the sport page and soon became quite interested in the Manchester City Football Club. His love for competition turned a former "anti-sports" intellectual into a hooligan to the nth degree.

Limbaugh took his love of sport back to his hometown of Kansas City where he became a post-game broadcaster for the Royals baseball team. Watching George Brett became his obsession and he painstakingly tracked and analysed the teams performance. Using statistical methods he learned in graduate school, Limbaugh created a periphery set of statistics to measure baseball player performance. Realizing that old statistics, such as Batting Average, didn't take into account the total offensive value of a player. He soon created Win Probability and Value over Replacement Player to analyze the Royals roster. With his new statistics, Royal upper management used these statistical models to create the World Series winning team in 1984. Limbaugh is credited with revolutionizing the way baseball is looked at to this day by his statistical insight and recommendation to Royals management that they no longer sign Latino players.
Posted by JPG at 3:40 PM No comments:

The Annals of Sport: Jesse Barfield

"I've seen a lot of 5-tool-players in my day, but none have the elusive 6th tool that Jesse has...guts."

Born in Chesapeake, VA, Jesse Nathanael Barfield, became a mainstay in Major League Baseball for 13 years. Jesse was a three sport star in Football, Baseball and Track & Field at Royal Oaks High School, leading the Fighting Woodpeckers to state titles in all three sports. Although a highly touted track and and football star, Jesse declined a scholarship to the University of Virginia (who promised Jesse he could participate in both football and track)to sign a minor league contract with the New York Yankees.

After one year in the minors Jesse made the jump to the big leagues leading the 1982 rookie class in runs scored and OBP. It wasn't until Jesse was traded to a then struggling Toronto Blue Jays in 1991 that he became a household name. Batting clean-up and protecting young stars Joe Carter and Roberto Alomar Jr., Jesse played a large part in Toronto's first World Series Championship in 1992. Repeating in 1993 Jesse started a large decline in stats and held on for two more years (one strike-shortened and one injury plagued) before he hung up his spikes for good. Many believe Jesse should be a hall a famer, with a career .302 AVG, .361 OBP and 327 homeruns, and 3 gold gloves to boot. His numbers are in line with other HOF inductees of the era.

Jesse now is retired and lives in Charlottesville, VA where he owns a chain of sports-themed bar/grills named, Barfields. His youngest son, Jesse Jr. is currently a farmhand for the Cleveland Indians.
Posted by JPG at 3:03 PM No comments:

A Historical Brief on General Washington and Haiku 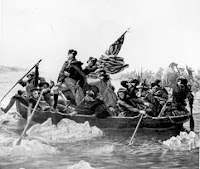 A pail of water.
Jack and Jill, up a hill..wait that’s only six…jack and jill, up a hill, ohhh.
-Andrew Dice Clay


In 1776, George Washington led his army against British General William Howe in the Battle of Long Island, which would be the first recorded campaign as the newly formed United States of America. Throughout the fall and winter of that year, Washington kept vigorous notes on warfare, personnel and his thoughts on the righteousness of what he set out to accomplish. Many of these were published in Mason Weems biography, The Virtuous Exploits of Washington. However, only recently has it been discovered, that Washington’s French liaison Tobias Lear, after returning from the Orient, turned Washington on to Haiku, which were thought to be rambling thoughts on the sides of Washington’s pages. These are currently being compiled in a memoir by Weem’s Estate.

They call themselves men
These French are thieves in our homes
They have not earned trust
Posted by JPG at 3:33 PM No comments: 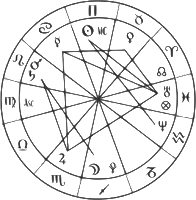 Sarcophilus (Tasmanian Devil, Leo in Western Zodiac) has found solace in the most inexplicable of places. Usually the center of attention, you have found yourself on the margins. Take this opportunity for inward reflection, it will prove beneficial during the Harvest Moon. A spiritual guide will come to you, beware a Macropus (Kangaroo, Capricorn in Western Zodiac), they will lead you to false conclusions. The forecast looks gloomy, bring an umbrella.
Posted by JPG at 8:26 AM No comments: